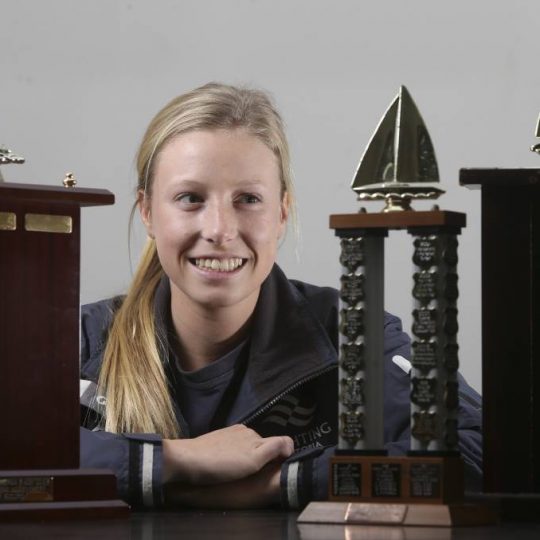 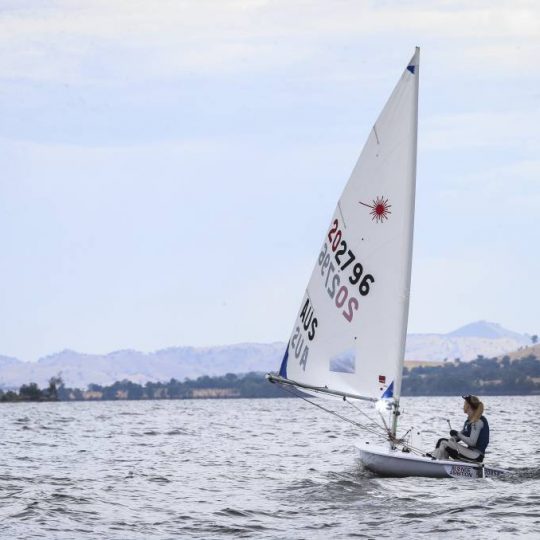 Out on the water, Laura Thomson knows there’s only one person she needs to worry about – herself.

Though she’s had her sights set on the Olympics since she was 15, sailing has long comes as something of an escape.

She’s been to multiple world championships, represented both Victoria and Australia, and led Albury High School’s sailing team to two state championships after establishing it herself in 2015.

It’s an impressive resume, but the 18-year-old doesn’t plan to slow down any time soon.

Despite a lingering knee injury that has bother her for the last few months, it’s still full steam ahead for the 2020 Olympic Games in Tokyo.

Thomson switched from the singled-handed solo class she’s sailed in since 2012 to the 420 class early last year, to great success.

She reeled off a string of podium finishes and wins in both the open and all-female classes at state level, as well as regattas across Victoria.

Rounding out the year with strong performances at the NSW state championships, nationals and open world championships led to another change in class, this time to the Olympic 49er FX.

Having finished year 12 and moved to Melbourne to be closer to training and sailing partner Laura Harding, Thomson said he was hoping ‘the two Lauras’ could make a few waves in the years to come.

“The next few years will be pretty big,” Thomson said.

“We’ve only been in the new boat for about six weeks so far, but if all goes to plan we’ll head to France later this year for Junior World Championships.

“Next year we’re hoping to do as many European and national championship regattas as we can to broaden our experience.

“It’s only a couple of years, but that’s also a massive amount of time.

“We have so many opportunities to get better and learn from the best – until we can beat them.”

Thomson said she and Harding were sailing five or six times a week as they adjust to the new class, as well as going to the gym five days a week.

The 18-year-old is making the most of the extra opportunities afforded to her in Melbourne, having made the class change in part to take less pressure of her troublesome knee.

“The class I sailed from 2012 to 2016 by myself was a lot smaller and more physically demanding, so I needed to change,” she said.

“The opportunity came up to sail with some of the Mornington girls, and within a few months we ended up winning at the VicYouth state championships.”

The winner of the Norske Skog Young Achiever of the Year will be announced on March 16.